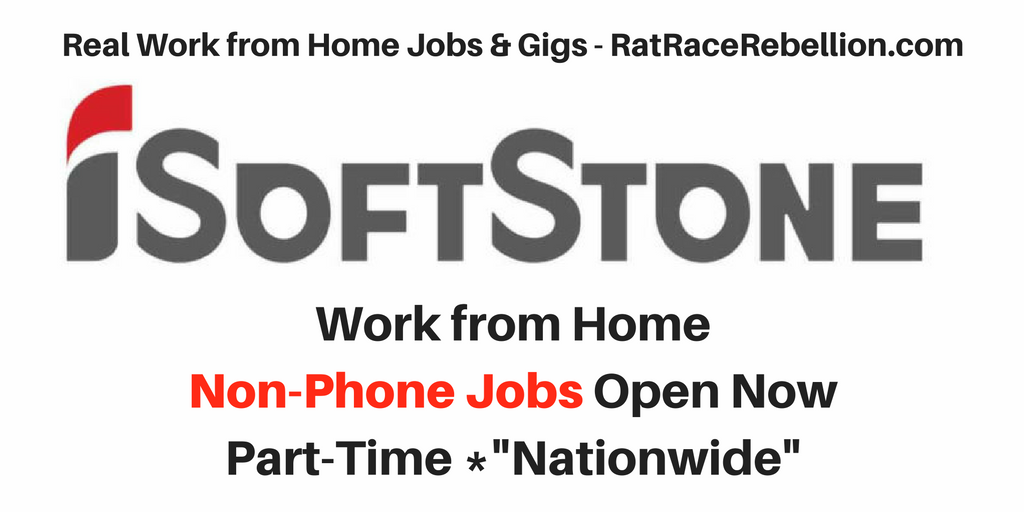 iSoftStone is a legitimate international company founded in 2001 and headquartered in China, with offices in the US, Canada and Japan. It has over 18,000 employees and regularly hires home-based workers nationwide, usually as part-time independent contractors. (More on the company here.)

iSoftStone’s site has ongoing work from home job listings. Positions listed now include the following, with training provided for all jobs except Crowd Worker, which has guidelines for its tasks:

There is some overlap in the job descriptions, but the jobs carry separate ID numbers and posting dates, so apparently they are separate positions. Requirements include high-speed internet and native-level English. You’ll also need to be a permanent US resident.

No pay rates are given, though the Search Engine Evaluators iSoftStone often hires reportedly earn about $12-$13 per hour. Reviews for iSoftStone are generally positive, although some people noted communications issues.

For details, click here. In the drop-down menu for Country, select United States and click Search. As another option — part-time work from home Ads Quality Rater jobs at $15/hr. with ZeroChaos — click here.