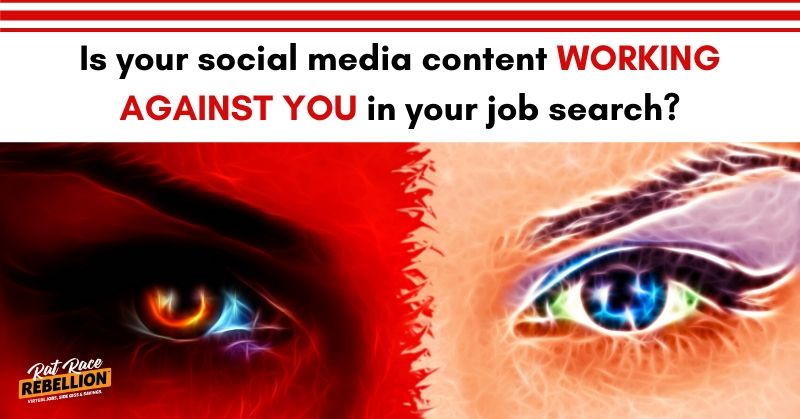 According to a CareerBuilder survey of employers, over 50% of employers have found social media content that has caused them to NOT HIRE a candidate.

Other findings included:
“Seven in ten employers (70 percent) use social networking sites to research job candidates during hiring process- Nearly half of employers (48 percent) check up on current employees on social media- A third of employers (34 percent) have reprimanded or fired an employee based on content found online.

As social media permeates all aspects of our personal and professional lives, what you post online can have serious and lasting consequences. Employers who found content on a social networking site that caused them not to hire a job candidate said these were the primary reasons:

On the other hand, those that found content that led them to hire a candidate said it was because they saw:

Just a reminder to take an unbiased look at your own social media accounts. Try to see them through the eyes of someone who has never met you.

WOULD YOU HIRE YOU based on what you see there?

If not, be sure to make the appropriate changes before you hit the send button on your next application.

For hand-picked work from home job leads, check our Newest Jobs & Gigs page. May you be working from home soon!